Beautiful places of the world Khajuraho 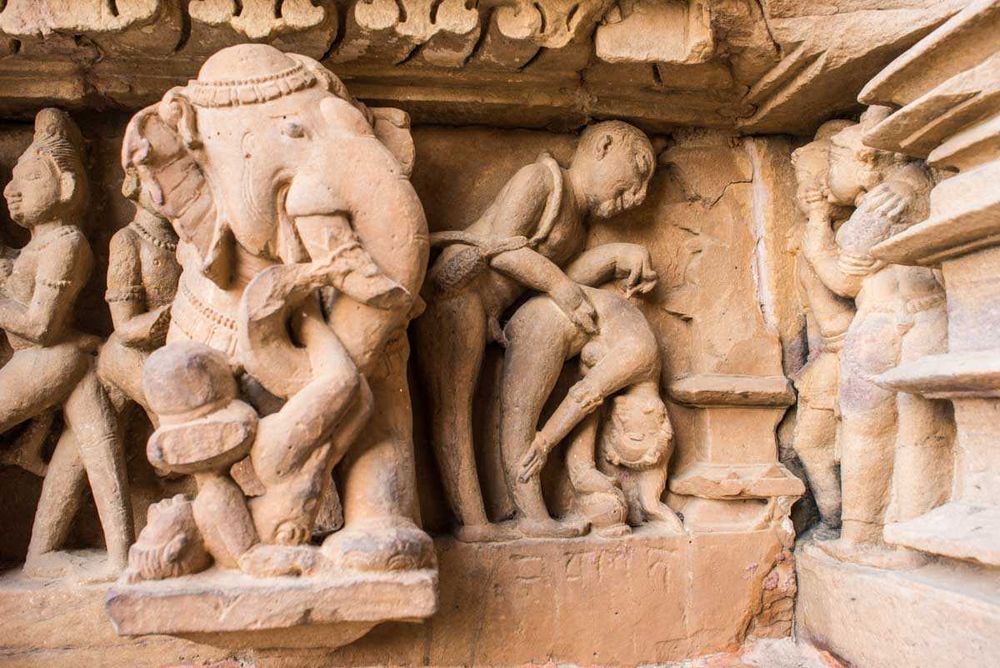 Khajuraho was the first capital of the Chandeldas, who ruled Bundelkhand from the 10th to the 14th centuries. The town got its name from the Khajur or the date palm tree, which abounds in this region. The Khajuraho temples are very different from the normal temples in India, because, the emphasis is on the stunning architecture, sculpture, and art of the period more than one religion, deities, and worship.

It took more than 200 years to build these monuments. It is presumed that every Chandela ruler has built at least one temple in his lifetime. So, the Khajuraho temples were not constructed by any single king, but represent a tradition carried forward by successive rulers. After the fall of the Chandela Dynasty, the wonderful Khajuraho temples suffered destruction and disfigurement by invaders. They lay abandoned, and were at the mercy of nature till they were restored and revived in the 19th century.

Why is the architecture of the Khajuraho temples considered to be special ?
One Thousand years ago, under the patronage of the Chandela Rajput Kings of Central India, 85 temples, magnificent in form, and richly carved, were built near the village of Khajuraho. The Khajuraho temples are a tribute to the North Indian Nagara architectural style. The primary feature of this style is a central tower, whose highest point is directly over the temple’s main deity. This is often surrounded by smaller, subsidiary and intermediate towers that naturally draw the eye up to the highest point, like a series of hills leading to a distant peak. Setting the temple on a raised base also shifts the eye upward, and enhances the illusion of height.

These extraordinary temples rise, spire upon spire, like a mirage. The spires have horizontal bands of richly carved figures of male and female forms, animals, trees and chariots, all sculpted with unerring perfection. The Jain temples nearby also have exquisite carvings. In fact, Khajuraho has the largest group of medieval Hindu and Jain temples that are famous for their sculpture, as well as their architecture.

Which are the temples in the Eastern group at Khajuraho ?

The Eastern Group of temples at Khajuraho includes the Parsvanath Temple, Adinath Temple, Ghantai Temple, Hanuman Temple, and the Brahma temple. The Parsvanath temple is the largest of the Jain Temples. It is famous for its beautiful sculptures depicting celestial beauties in several postures. The Adinath Temple is dedicated to the Jain Tirthankara Adinath. It is lavishly embellished with sculpted figures, including that of Yakshis. The Ghantai Temple is also a Jain Temple. It is famous for its ornamental depiction of the 16 dreams of Mahavira’s mother, and a Jain Goddess on a winged Garuda.

The Brahma temple, the Vamana temple, the Hanuman temple, and the Javari Temple are the Hindu temples in this group. The Brahma temple is known for its four-faced image of Brahma, while the Vamana temple is adorned on its outer walls with carvings of Apsaras or celestial maidens. There is a Hanuman Temple that is renowned for the colossal statue of Hanuman, about 2.5 meters high, while the Javari temple has a richly carved gateway that will take your breath away.

Which is the Western Group of temples in Khajuraho ?

The Kandariya Mahadeo Temple dedicated to Lord Shiva, is the largest of Khajuraho temples, reaching a height of 31 meters. The earliest surviving shrine in this group is the Chaunsat Yogini Temple. The Lakshamana Temple is renowned for the trinity of Brahma, Vishnu and Shiva, along with goddess Lakshmi- and also for the remarkable three-headed idol of Vishnu’s incarnations.

The Chitragupta temple is dedicated to the Sun God and is famed for the three-headed idol of Lord Brahma. The Matangeswara temple is dedicated to Lord Shiva, while the Viswanath Temple is known for its impressive pathway, flanked by sculptures of lions and elephants. A nine-foot high boar-incarnation of Lord Vishnu is the unique feature of the Varaha Temple. Together, these temples reflect the grandeur of the architecture of the times, and the skill of the artisans.

Which are the temples of the Southern Group at Khajuraho ?

The Southern Group of temples consists of only two temples- the Duladeo Temple, and the Chaturbhuj Temple. The Dhuladeo Temple located south of the Jain enclosure, was constructed well after the other temples. It shows the influence of waning creativity of the artists, for it lacks the beauty of the earlier temples in Khajuraho. It is dedicated to Lord Shiva, and its façade has repetitions of the images of a standing Shiva and Shiva-Parvati. The Chaturbhuj Temple is dedicated to Lord Vishnu. It has a massive 2.7 meters high, intricately carved image of Lord Vishnu, in Chaturbhuja – or four armed form. It looks similar to the Duladeo Temple except for its size, which is smaller. Generally speaking, this group of temples is not as impressive as the earlier shrines.