Beautiful places of the world Kashmir – A Glimpse of Heaven 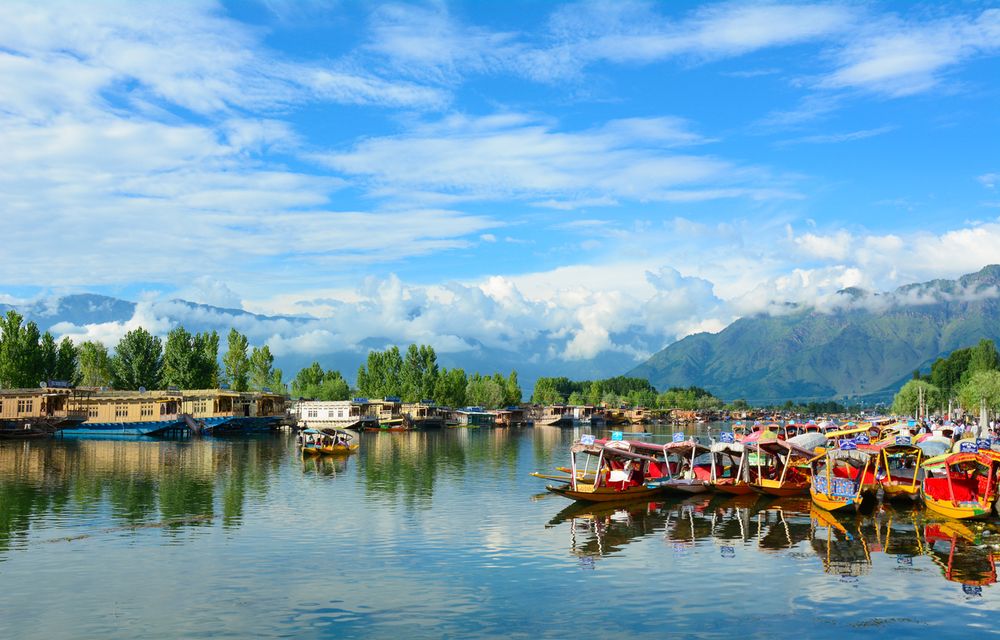 “Kashmir-Only Kashmir!” Such were the last words, the dying wish of one of the most majestic of the Great Moghuls. On his return to the land of his heart, on his way to the enchanted vale, the Emperor Jahangir fell sick and died. Satraps and nobles, his imperial court, surrounding in sorrow-struck awe the death-couch of the Great Moghul, they pressed him to give them his last wish. And all he said was …. “Kashmir!”

This oriental super-Switzerland has lost nothing of that magnetic charm it held centuries ago in the days of the Moghuls. The very air of this miraculous vale leaves the most hidebound materialist-be him from Wall Street, Manchester or Moscow-dumbfounded. Speechless he falls, a willing slave, under the spell of this conspiracy of mountain and mere, Nature’s masterpiece, her jewel of the East. Once down within the “Happy Valley”, down from the solemn fir-clad heights that encircle this dreamland on all sides, one feels a strange and surprising joy. One feels at last cut off from the world as day follows each enchanted day during a Kashmiri sojourn.

Kashmir formed part of Ashoka’s far-flung empire. Akbar took it in 1587, and the Moghul emperor never ceased to pay lengthy visits to Kashmir from that date on. They did not like the dust and heat of the plains, and sought refuge in this idyllic valley where they laid out, at lavish expense, a number of gardens of fantastic elegance. But the appeal of this mountain-encircled valley, unique in its beauty, has survived the fall of the Moghuls. It was highly appreciated, as a select holiday resort, during the last decades of British rule in India.

Since only the highest officials in days gone by could afford the times and expense involved in making the journey, Kashmir has escaped being Europeanized and never became a “Hill Station”. Added to which, up to the moment of independence and subsequent partition, the country was a semi-autonomous state. It was ruled over by the Maharaja of Kashmir and Jammu, although there was a representative of the British Raj, known as the Resident. Yet, rightly, no European was allowed to own land in the State or to build.

Kashmir – slightly smaller than Great Britain, only 4 million inhabitants – is the heart of Asia. Few realize that it is farther north than Tibet. For many thousands of years the caravans have passed from China and elsewhere through Kashmir on their way down with their precious merchandise into the plains of India. The same continues today to a certain extent – and that is why one meets here such a variety of races, national costumes and traditions. The Kashmiri Pandit (the word means “man of letters”) forms the Hindu leading minority (Mr. Nehru was a Kashmiri Pandit); is usually an erudite individual – and has been traditionally recognized as such ever since the days of Akbar. The Kashmiri Muslim peasant, on the other hand, simple and hardworking, is of interest for a peculiar custom. In the summer heat, when usually stripped to the waist, his torso is seen to be covered with scars. These are caused by burns when, in the winter, he goes about with his portable central heating under his overcoat and the burning charcoal spills and burns his body. The average Kashmiri wears only two garments – this upper cloak composed of rough brown-colored sacking and a pair of voluminous knickerbockers. This heating contraption, known as a Kangri, consists of a small wicker basket with a metal pan in which the glowing coals are stored. It is kept in place by a leather strap which he hangs round his neck.

In the beauty of the surroundings, the softness of the air, the richness of the pastures have somewhat diminished the stamina of the Kashmiri valley-dweller, this same land of sedatives is a peerless stimulant to the overworked and office-jaded Westerner. It is just what the doctor ordered.

April and May is an ideal time to visit Kashmir. The snows in the upper reaches start melting and the willows turn green. Almond trees bloom and flowers carpet the landscape. Surf-riding, boating, swimming and hiking can be best enjoyed in June-July. Anglers will get a big haul of brown and rainbow trout, and Mahseer fish during August-September. October is still pleasant but mornings and evenings are quite cold. In the hill stations warmer clothing becomes necessary. September-October is the best season for shooting big and small game. In November the snowy winter starts setting in.

The beauty of Kashmir Valley has an overwhelming impact on all visitors. The magnificent scenery and the mystic atmosphere are an experience never to be forgotten. Set against the backdrop of the beautiful waterway, Srinagar is a quaint city and a whirl of activity. The various Moghul gardens are at short distances from the capital. Dal Lake, spring fed, is more colorful with its floating gardens, punt like Shikaras and houseboats. Jammu, a convenient stage on the road journey to Srinagar, is the winter capital of the state and a city of temples.

There are a number of alpine lakes around Srinagar: Anchar Lake, with floating gardens of lotuses better than in Dal Lake. En route to Wular is Manasbal, loneliest but loveliest of all lakes; Wular is the largest freshwater lake in Asia. Downstream from Srinagar, it’s an easy day trip by boat. There are half a dozen other lakes in the valley region, which can be reached fairly easily by road or on pony back.

Gulmarg, at a height of 8,800 feet is known for its golf and a seven mile long circular road which affords a magnificent view of the entire Kashmir Valley. Pahalgam, 32 miles east of Srinagar, is second only to Gulmarg in the beauty of its landscape. It’s a good base for hikes to the high mountains and the Kolahoi Glacier. Sonamarg, at 9,200 feet, is only 54 miles northeast of Srinagar. An excellent camping ground, it provides an approach to a number of nearby glaciers.