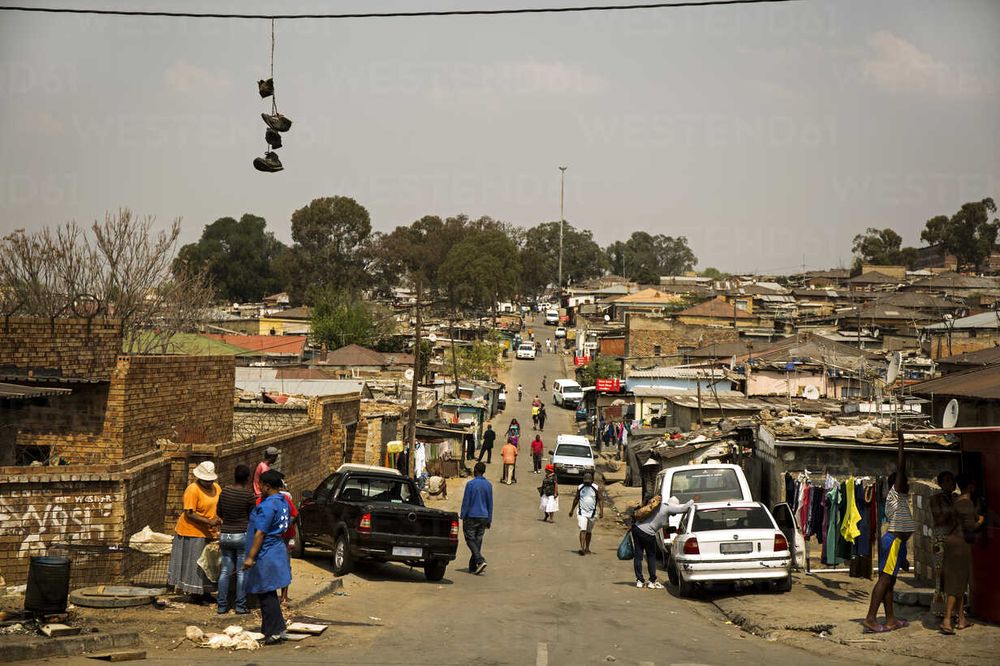 Johannesburg is famous for Soweto which is an acronym for the large number of townships that apartheid government established south-west of the city to accommodate the large number of people who went there to seek employment. It is one of the newest major cities in the world. Black people form an overwhelming majority of over 2.4 million (mostly concentrated in Soweto), while whites represents around 700,000 residents and 400,000 Coloured and Asian residents. It should be noted that Johannesburg and Pretoria are beginning to act as one functional entity, connecting the province of Gauteng together and forming one megacity of roughly 10 million people.

Johannesburg is the source of a large scale gold and diamond trade, due to its location on the mineral rich Witwatersrand range hills. Johannesburg is served by O.R. Tambo International Airport, the largest and busiest airport in Africa and a gateway for international air travel to and from the rest of South Africa.

Johannesburg has not traditionally been known as a tourist destination, but since the city is a transit point for connecting flights to Cape Town and Durban most international visitors to South Africa pass through Johannesburg at least once, which has led to the development of more attractions for tourists. It features a variety of world-class hotels, shops, malls, restaurants and casinos. Recent additions have centered around history museums, such as Apartheid Museum and the Hector Pieterson Museum. The city also has several art museums. Gold Reef City, a large amusement park to the south of the Central Business District, is also a large draw for tourists in the city. The Johannesburg Zoo is the largest zoo in South Africa.

Be aware that Johannesburg has very high crime levels day and night. However, like many cities with a crime problem some places are quite safe while others can be quite dangerous, and with some places this may depend on whether it is day or night. Therefore you should keep security constantly in mind and tourists must remain alert at all times.

Johannesburg enjoys a dry, sunny climate, with the exception of occasional late afternoon downpours in the summer months of October to April. Temperatures in Johannesburg are usually fairly mild thanks to the city’s altitude, with an average temperature in January of 26 C (79 F), dropping to an average maximum of around 16 C (61 F) in June. Winter is the sunniest time of the year, with cool days and cold nights.