Peterborough is a city in the East of England and is considered a part of Cambridgeshire due to ancient ceremonial reasons. The city is well known for its flatland, with several areas dipping beneath sea level, such as the Fens Falls. It is about 30 miles from the North Sea, and the local river is the River Nene. It is approximately 73 miles north of the nations capital, London.

Not a large city by any means, Peterborough boasts a population of about 168,000 according to the latest census which dates from 2006. The Dark and Middle Ages in Peterborough Like many towns in England, Peterborough owes its origins to the Romans who built a fort named Durobrivae in 43AD, which later became the town of Peterborough. Not always called its current name, it was once known as Medeshampstede and is believed to have been a Saxon village after the Romans left.

Then, in 655, a monk known as Saxulf founded a monastery in the area. It was renamed Burgh sometime around the late 10th Century once a wall had been constructed around it. It was probably between 1262-1273 when it received its town charter, likely to have been awarded by Robert Sutton. Throughout the middle ages, the lords of the town were either the Dean or the Chapter. They were responsible for hiring lawmen such as constables to maintain order in the area.

The Abbot was the town ruler prior to the Dean and Chapter demanding, and receiving, a prison for the criminals who were caught in the borough and soke. Queen Elizabeth I bought the lordship of the hundred of Nassaburgh in 1576, subsequently selling it to Lord Burghley. Up until the 19th Century, Lord Burghley’s descendants had a special jail for criminals apprehended in the soke. Peterborough’s Recent History In 1968, Peterborough became a ‘New Town’ as part of a government initiative to find adequate housing for those in London, hoping to solve the problem of overpopulation in the capital.

Breton, Orton and Paston/Werrington were built to house those who decided to leave London. ‘Parkways’; high-speed roads, were also built around the city. This whole project led to an enormous leap in Peterborough’s population in the twenty year period from 1971 to 1991, with an increase of almost 50% reported. The Deputy Prime Minister set up ‘Opportunity Peterborough’ in 2005 to ensure that the city’s future development proceeded smoothly.

As of now, they city is undergoing renevation and re-development to the tune of £1 Billion. Work is expected to be completed by 2012. Figures released in 2005 showed that Peterborough was well above the national average for economic growth, experiencing growth of almost 7% at that time. Eminent Peterborians Peterborough is the birthplace of a whole host of celebrities and famous historical figures. Andy Bell from Erasure and Maxim Reality of The Prodigy are two of the regions best-known musicians.

Matthew Etherington; Premiership footballer, and Sarah Cawood; television presenter, are more samples of Peterborough’s famous faces. Also, legendary poet John Clare was born in Peterborough. These are just some of the names of people who were born and raised in the region, and can point proudly to their Peterborough roots when questioned on television, or being surrounded by eager fans. 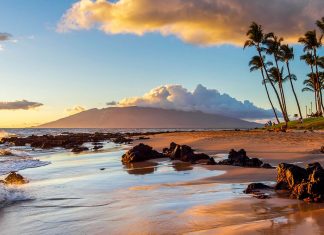