Modern civilization owes much to ancient Sumer, Babylon, Egypt, Nubia, Palestine, Crete, Greece, Cyprus and Rome. The legacy of these ancient cultures includes the concepts of kingship, state, empire, law and democracy, and the birth of the three major western religions: Judaism, Christianity, and Islam. On the third floor of the ROM is a series of galleries which illustrates the social, tecnological, historical and artistic development of these magnificent civilizations, from humankind’s emergence to the recent past. Following are some highlights from these galleries.

In A.D. 330 Constantine the Great transferred the centre of power from Rome to a new city, which he called Constantinople, built on the site of the village of Byzantium (modern Istanbul). The Byzantine empire emerged as the Roman empire collapsed and West and East drifted apart. A distinct Byzantine culture gradually evolved, flourishing during the reign of Justinian the Great (A.D. 527 – 565). Visitors to the ROM’s Byzantium gallery will see a selection of objects dating from the Late Antique and Early Byzantine periods (5th to 7th centuries A.D.), including clay and bronze lamps, processional crosses, fine jewellery, coinage, and implements made of gold, silver, and mother of pearl. A highlight is a rare linen curtain with wool decoration, made in Egypt in the 6th century A.D. Figures on horseback evoke the pleasure of a hunt amidst trees, lions and lionesses, leopards, hares, wild goats, and a fabulous griffin. The pattern motifs are laid out precisely. Egypt was internationally famous for the quality and beauty of its textiles during this period.

Here’s where visitors can commune with ancient Greece. Ceramics take pride of place, but there’s also plenty of sculpture and metalwork on view — as well as a model of the Acropolis of Athens as it was during the Athenian Golden Age.

In an adjacent space are the bold, unusual works in metal and ceramic that the mysterious Etruscans crafted in central Italy, in the years 1000-200 BC.

Visitors can also see products of central and northern Europe during the Bronze and Iron Ages (2500-1 BC). These artifacts are as sophisticated as those produced contemporaneously in Egypt, Greece, and Italy.

The three hundred years before the birth of Christ saw leadership of the Mediterranean world gradually shift to the Romans. By A.D. 150 Rome ruled an empire of more than 60 million people from Aswan, Egypt to Glaslow, Scotland. The ROM’s collection of Roman artifacts has no rival in Canada, and visitors will see a variety of portrait busts, coinage, ceramics, metalware, and glassware. Luxury items such as small sculptures, gold jewellery, silver spoons, and bronze candelabrum all show a high quality of design and workmanship. Displays on daily life in some Roman provinces, such as Roman Britain and Roman Egypt, contrast tastes in different regions of the empire and illustrate how these regions were influenced by Roman models while often retaining features of the native culture.

This non-traditonal gallery actually lays out a path through an Islamic town. After experiencing the quiet elegance of the mosque setting and the mystery of the illuminated shrine, visitors pass through a courtyard and intimate household setting, then down an alleyway and through a Moorish gate to a noisy bazaar. In this environment visitors can absorb something of the atmosphere of Islamic civilization, which covers an area from Spain to Ethiopia and from China to the Indian Ocean, and claims a large proportion of the world’s population.

A highlight of the gallery is the open courtyard, which contains a reproduction of a Syrian mosaic marble fountain. Fountains like this one decorated the courtyards of wealthy families in 18th century Damascus. The courtyard also boasts magnificent Persian arches; over one arch is a panel of 17th century painted tiles depicting a mythical dragon fight. To one side is a domestic interior, a 19th century reception room from Cairo, Egypt. The gallery also displays numerous textiles and carpets, coins, ceramics, jewellery, illustrated books, and glassware. Many of these objects reflect the dominant theme of the Islamic arts, the Arabic script.

The Nubia Gallery traces the history Nubia from 4500 BC to the present and highlights daily life in one Nubian town, Gebel Adda. Nubia, located where southern Egypt and northern Sudan are today, has been inhabited since ancient times by different African peoples who formed the first urban literate societies in Africa south of the Sahara. The gallery features collections of pottery and small objects used in everyday life.

This gallery contains an outstanding array of artifacts from some of the world’s oldest civilizations — Sumer, Babylon, Assyria and Elam. The objects here date from 10,000 to 300 B.C. and document the artistic, economic, social, political and technical evolution of ancient inhabitants of Greater Mesopotamia. This region, which today includes western Iran, southern Turkey, Iraq and parts of Syria, has provided archaeologists with the first historic records of agriculture, writing, metalworking and the building of cities. Gallery highlights include a 1.2 meter-high lion constructed from glazed clay bricks. The lion was built into the facade of the throne room of the great palace in Babylon during the reign of Nebuchadnezzar II (604 to 562 B.C.) 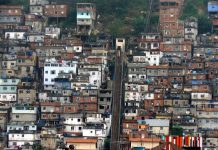 Andrii Siergieiev - 05.07.2022 0
Welcome to Uzbekistan - an oasis of peace, a land where ancient history and liberal culture converge. It's the oldest land in Central Asia...