There are actually a lot of beautiful places in the modern world. Of course, it is very difficult to visit them all, but many can admire the most beautiful and unusual of them. So where should I go first?

To begin with, you can visit Giza, where one of the seven main wonders of the world, namely the pyramids and the Sphinx, is located. A huge sphinx has been guarding the pyramids that served as tombs for ancient pharaohs for centuries. This statue was once carved from a huge block of stone.

And in Greece, the most interesting island is Santorini. It is part of a group of islands called the Cyclades, the occurrence of which occurred during a volcanic eruption. Although some scientists still consider them remnants from the mysterious Atlantis. This island is especially popular because of its contrasting landscapes. It is here that wonderful beaches are replaced by steep cliffs and small villages, ruins of old markets and Roman theaters are immediately discovered.

The notorious Stonehenge is located in English Wiltshire, although interesting archaeological finds often happen in these parts. Monuments of the Bronze Age and even the Neolithic are found here. And the first settlements here date back to the 8th millennium BC. And the fortress on the hill located near Stonehenge was built in the Iron Age.

There are other interesting places on earth, for example, a country like Italy has deep Roman Catholic roots. There are a lot of places here that are interesting to both tourists and scientists. So, Milan is a recognized center of business and fashion, but Venice and Verona are interesting for their legends and architecture. Wine connoisseurs head to Piedmont, but Turin is rich in exhibitions, museums and music fairs throughout Italy.

Rome is the “eternal city”. Here you can see museums and churches, monumental palazzi, fountains and squares. On the island of Sicily, Roman, Arabic, Greek, Etruscan and Norman cultures are intricately intertwined.

One of the most famous places in Scotland is one of the three large lakes in the Great Glen — the notorious Loch Ness. Rumors about the glorious local monster nicknamed Nessie have long been all over the world.

No less interesting for tourists are such beautiful places as the Inca ruins in Peru or the pyramids of the Sun, the moon in ancient and mystical Teotihuacan, the Golden Pavilion in Japan and other beautiful and very interesting corners of the planet. 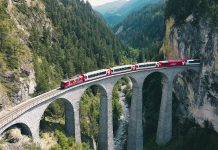 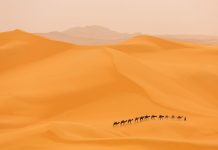 Traveling in the Sahara 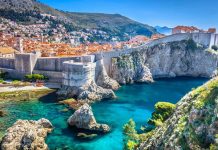 The most beautiful places in Croatia