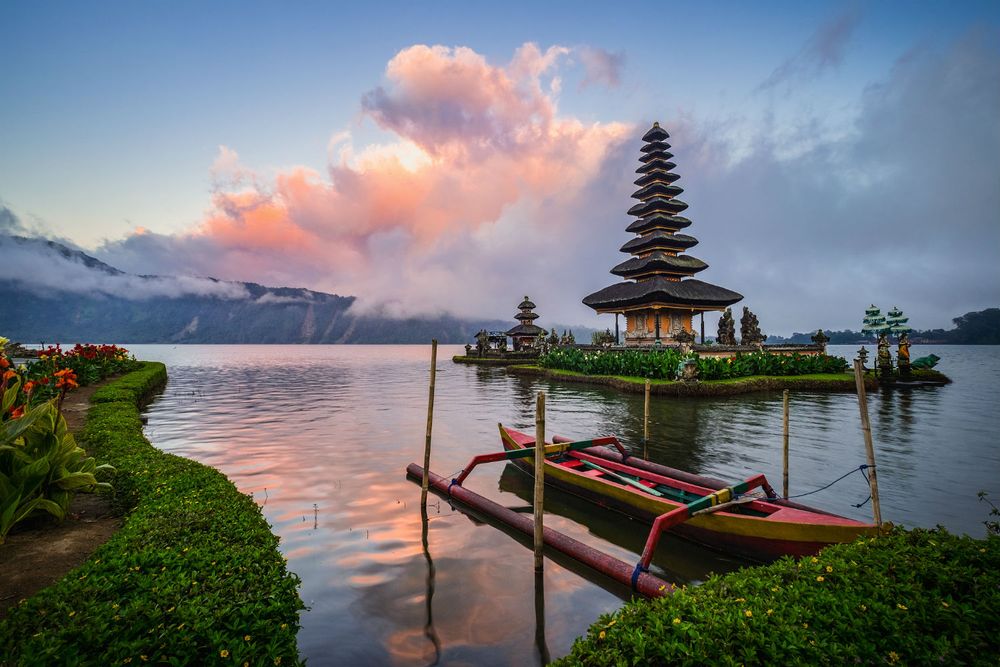 Indonesia is composed of seventeen thousand islands that stretch over five thousand miles along the equator. The Malay peninsula and Indochina are situated to the north-west, and the continent of Australia lies due south. Northward lie the Philippines and Micronesia .

The world’s largest archipelago, Indonesia’ s constellation of islands straddles the divide between the Asian and Australian continental plates. As a result, the islands offer a stunning variety of topographies and ecologies Mist-shrouded volcanoes and mountains, unexplored rain forests, thousands of miles of beaches, and endless offshore reefs support a dazzling abundance of wildlife, making Indonesia an ideal destination for adventure and eco-travel.

The great majority of the country’s constituent islands are of negligible size, but it does hold–wholly or in part–several islands that are enormous. These include Sumatra , Kalimantan (formerly Borneo , and shared with Malaysia ), Sulawesi , and Java. The Indonesian state of Irian Jaya occupies the western half of New Guinea , which is the world’s second largest island (behind Greenland ). The most populous of the Indonesian islands by far is Java, home to the sprawling capital city of Jakarta . Other notable islands include the exotic, popular resort island of Bali , Lombok , Catholic Flores, and Komodo, home of dragons.

There are two discernible seasons in Indonesia : the dry season, which extends from June to October, and the rainy season, which lasts from November to March. Both are hot. The coastal regions, however, are often cool, and in the mountains the air is often chilly.

As early as the seventh century, powerful Buddhist and Hindu empires challenged each other for supremacy in Indonesia : the Buddhist Srivijaya were centered in Sumatra , while the Hindu Mataram located their capital on Java. The rich architectural and cultural legacy that remains from that time forms the basis for Indonesia’ s national identity. In the thirteenth century, the Hindu Majapahit of Java faced a strong challenge from Muslim forces, which spread south from the Malay peninsula . Slowly losing ground, the Hindus retreated to Bali , where they remain today. The rest of the islands became Muslim, and various sultanates were established.

Indonesia’ s varied past has produced a remarkable array of vibrant cultures,making it one of the world’s most diverse and fascinating travel destinations. Today, Indonesia is the fifth most populous nation on Earth, with over 180 million citizens comprising over 300 ethnicities. Most Indonesians are of Malay or Polynesian descent, though the country’s history has produced minority populations from India , China , Arabia , and Persia , as well as from European colonial powers such as Portugal , Holland , Spain , and England .

Although primarily a Muslim nation, Indonesia is marked by wide religious tolerance. Hinduism thrives on Bali , and Christianity has a significant presence on Flores , Timor , and several other islands. Indonesians speak numerous languages and dialects, but the common language is Bahasa Indonesia. English and Dutch are also widely spoken.