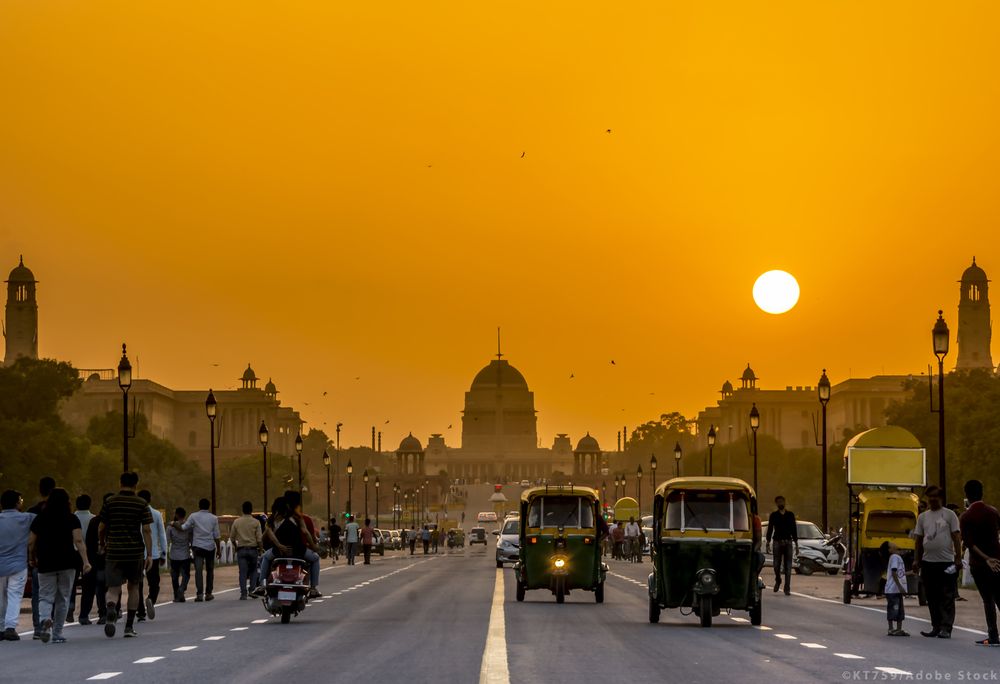 The very name of INDIA brings into mind the pictures of a country, which is immensely rich and diverse in its culture, geography, religion and people. This diversity of India brings a curiosity and an enticing charm that attracts the tourists from all across the world. India is a country, which is traditionally down to earth and yet making its mark on the global front with its modernism. It has worth to compete any country on the global front but still it is a country that holds its dignified sanskars (morals) intact.

India is the 7th largest country in the world. It is little spaced out from Asia due to the mighty wall of the Himalayas . Three large bodies of water surround the Indian subcontinent. India is positioned in the south Asia , surrounded by Pakistan in the northwest.

The neighbouring countries of China , Nepal , Burma , Bhutan and Bangladesh lie in the west and the island of Sri Lanka are towards the south. The Tropic of Cancer divides India in half. There are many great rivers in India , like the Godavari , Narmada , Krishna , the Brahmaputra , Cauveri, Ganga and Yamuna crisscrossing all over the Indian terrain. The Indians worship these rivers, as they bring fertility and prosperity. Since ancient times India has been the center of the travelers’attention, who are charmed with the natural beauty in various forms here. Its picturesque sites range from mighty snow-capped Himalayas , hot deserts, vast plains, exotic beaches and holy pilgrimage sites of all religions.

India offers its visitors the most unexpected, all those things that they may not find anywhere else all across the globe. On your tour to India , you must be ready to be received by overwhelmingly warm people, spend your holidays in tourist friendly destinations and beauty, that is sure to leave you speechless and fascinated.

The Indian civilization has been the world’s oldest and has contributed a lot for the world development. Indian land and culture can be epitomized, as Unity In Diversity. India proudly owns a diverse culture, which acts as a binding force. The land of India is marked with different religions, languages, people, traditions, festivals, attires and a vastly rich heritage.

All of its 25 states, which are all different from each other, are excellent when it comes to tourism. If the north India catches eyes with its snow clad mountain peaks and chilly cold, the west India has deserts and royal castles. The south India has mighty gopuram temples and pristine sea beaches, while the east India is decorated with seven north-east sister states. Because of India’ s size, its climate depends not only on the time of year, but also the location. In general, temperatures tend to be cooler in the north, especially between September and March. The south is coolest between November to January. In June, winds and warm surface currents begin to move northwards and westwards, heading out of the Indian Ocean and into the Arabian Gulf . This creates a phenomenon known as the south-west monsoon, and it brings heavy rains to the west coast. Between October and December, a similar climatic pattern called the north-east monsoon appears in the Bay of Bengal , bringing rains to the east coast. In addition to the two monsoons, there are two other seasons, spring and autumn.