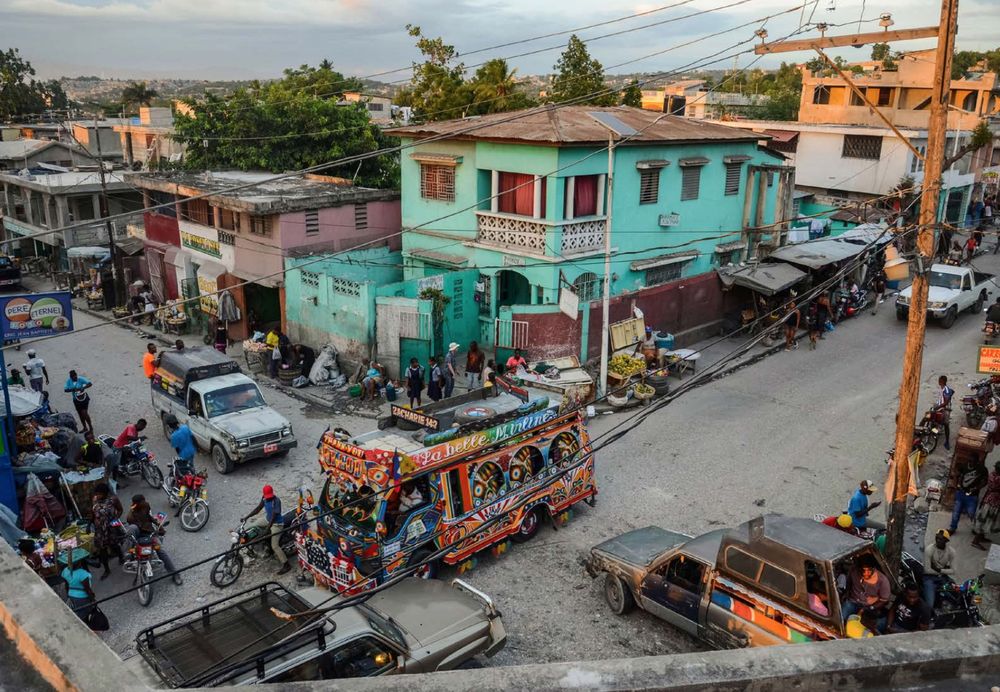 Haiti is located in the West Indies and occupies a third of the island of Hispaniola and shares it with the Dominican Republic . Two-thirds of Haiti is made up of mountains and the rest is made up valleys, plains and plateaus.

The history of Haiti is marked by strife, first the Spanish then the French. It was with the French that Haiti became a leading sugarcane producer. After an insurrection that finally triumphed, the people got their independence and under Jean Jacques Dessalines was given the Arawak name Haiti , the world’s first independent black republic. As far as religion goes Haiti remains mostly Roman Catholic but at least half of Haiti’ s population still practices some form of Voodoo from way back before early foreign colonization.

From then until now the republic of Haiti is at ends with itself, going from one dictatorship to the next, one revolt to another and has been shifting its government with each regime, from being a democracy to dictatorship and back and forth again. Haiti is also one of the first countries to be hit by the AIDS epidemic and because of its dense population remains largely unchecked. It is one of the most densely populated nations and is now currently trying to find itself amidst the devastation of a natural disaster and the continuing unrest of a nation. But despite all the chaos, Haiti is a nation of great art, lush forests, and a people alive with spirituality, humor and passion.

Before the recent turn of events that has made Haiti the chaotic nation that it is today, it was gearing up to become one of the leading tourist destinations in the Caribbean . With its wide open beaches and grad horizon, the country also boasts of salt-water lakes and waterfalls along with sprawling forests and vast mountains. Right now due to the political turmoil, despite US aid, Haiti’ s tourism is struggling to attract tourists to its wonderful landscapes.

For the tourists who ventured to the “land of mountains,” Haiti held a number of attractions: exotic culture, exquisite French cuisine, distinctive and colorful art and handicrafts, castles, hotels, and a resort setting virtually free of street crime. Its warm climate, friendly people, and low prices were further attractions. In the late 1980s, North Americans, especially people from the United States , continued to account for more than three-quarters of all visitors. Large numbers of Haitian emigrés also visited the country after the fall of JeanClaude Duvalier. The declining number of tourists in general forced many hotels to close, however, and the total number of rooms registered in the industry dropped from 3,000 in 1981 to 1,500 in 1987. In contrast, the number of hotel rooms in the neighboring Dominican Republic quadrupled over the same time period. Haiti’ s tourist industry tended to be an enclave economic activity, distinguished by all-inclusive, self-contained beach resorts and brief cruise ship dockings in Cap Haïtien or Port-au- Prince. Prospects for reviving tourism dimmed in the late 1980s, when the Haitian government closed its tourist-promotion office in New York City.