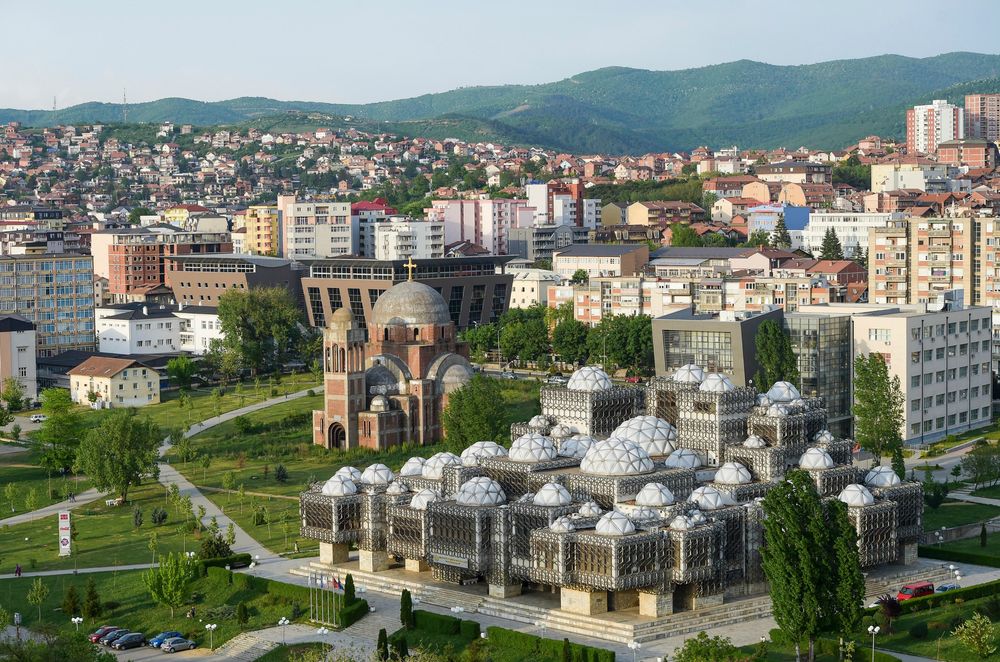 This page was written before I visited Kosovo in 2015, so unlike the rest of this website the content is NOT based on personal experience. I hope to update this page shortly to reflect my recent visit, but for the moment I am concentrating on the Photo Galleries. The Kosovo for Beginners page contains some additional advice from the point of view of a resident of the country.

Most travellers to Kosovo visit Pristina (Prishtina in Albanian, Priština in Serbian). This has more to do with its status as Kosovo’s capital and transport hub than with conventional sightseeing attractions, although some vistors are impressed by the city’s youthful atmosphere – and excellent macchiato. The nearby Gračanica Monastery is considered one of the finest of all the mediaeval Serbian monasteries and has unusually well-preserved frescoes. Other possible excursions include the Battle of Kosovo memorial complex (Gazimestan) and Gadimë Cave.

Most of Kosovo’s other places of interest to tourists are in the west, near the borders with Albania and Montenegro. Prizren in the southwest is probably Kosovo’s most impressive historic town, featuring an array of Ottoman mosques, hammams, 19th-century houses and churches, as well as a sizeable Turkish-speaking community. The nearby Dragash Valley is one of the most isolated parts of Kosovo and little visited by foreigners, but is said to offer excellent hiking in unspoilt mountainous countryside.

Peja (Peć) is Kosovo’s second-largest city. It suffered considerable damage in 1999, but is of interest for the Serbian Orthodox Patriarchate and its setting at the entrance to the Rugova Gorge. A short distance to the south is Visoki Dečani Monastery, described in the Bradt Guide to Kosovo as “maybe the most peaceful and impressive monument in Kosovo today … no other monument captures the beauty of Kosovo’s cultural heritage like this one”. The nearby villages of Isniq and Dranoc feature well-preserved examples of the traditional fortified towers typical of the region (known by the Albanian word kulla). A little further south the larger town of Gjakova has a number of historical sites and a reconstructed çarshia (bazaar).

The authors of the Bradt Guide suggest a five-day itinerary suitable for a first-time visitor passing through Kosovo on a tour of the Balkans. Start with a couple of days in Pristina, using the city as a base to visit Gračanica and perhaps a couple of other nearby places of interest. Then spend a few days in western Kosovo, including visits to Peja, Dečani, and Prizren, possibly using Gjakova as a base.

Swim across the English Channel