Your vacation Kefalonia Settlements and Destinations 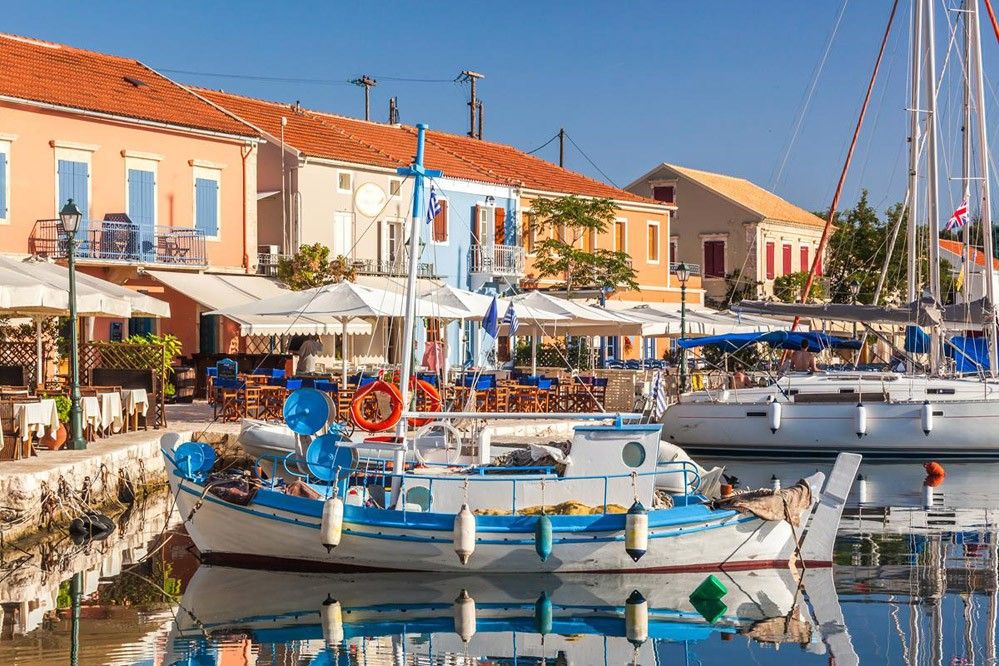 Caretta-Carreta turtle spawning areas: The Caretta-Carreta turtle, between June and August, chooses the area extended from the Mounta cape until the beach of the Holy Church of Sission, for its spawning. The sea turtles are, without a doubt, one of the most interesting reptiles on the island, because of their rarity, as well as their impressive size. The seal Monachus monachus also chooses the seas and caves of Kefalonia and Ithaca for spawning and resting.

Coastal zone from Argostoli to Vlahata: It covers the coastal area from the entrance to Argostoli bay and, by following the coast line, extends up to Lourdata. It is protected by the Natura 2000 Convention. The importance of the area lies in the large fields of Posidonia oceanica, the presence of the seal Monachus monachus and the dolphin Tursiops truncates.

Kalon Oros: Kalon Oros (which means “Good Mountain”) is located in the northwest of Kefalonia and it is protected by the Natura 2000 Convention. It is considered to be an important habitat of the avifauna, because of the presence of the bird Gyps fulvus.

Koutavos lagoon: It is located in Argostoli. It is an ecosystem, with wonderful landscape with swans and ducks, and a shelter for some of the rarest species of the Kefalonian flora and fauna. The Environmental Awareness Centre, built recently in the area, will be another step to the upgrading of the area.

Melissani cave-Drogaratis cave: The subterranean lake of Melissani (Cave of the Nymphs), at Karavomylos, near Sami, is one of the most popular and famous sights on the island. The cave was discovered, in 1951, when its ceiling collapsed revealing the lake underneath. The light throws on the waters creates magical reflections. Everyday, boats full of visitors are visiting the cave, in order to admire the stalactites and stalagmites. Speleologists have confirmed that the cave has an extension that is not approachable. That means that the cave is probably connected with other caves in the area.
In antiquity, the lake was used as a place of worship dedicated to god Pan. Various ancient idols, ceramics and tools were found in the area, as well as the sanctuary of Pan (its findings are exhibited in the Archaeological museum in Argostoli). The lake is associated in legend with the Nymph Melisanthe who drowned herself in its waters when the God Pan refused her love.
Drogarati’s Cave, 3km far from Sami, was discovered 300 years ago, when a part of it was destroyed because of a strong earthquake. The cave’s depth is 60m., it has stalactites and stalagmites and, since 1963, it is open for the public. In the cave, there is a big hall, called “Sala of Apotheosis”, with perfect acoustics, which is used for concerts and other shows.In the area around, there have been works for the exploitation of all other caves (Zervati, Aggalaki), which will constitute, together with Melissani cave, the only Cave park in Greece.National park of mount Ainos: It is the smallest of the ten National parks of Greece, founded in the mid 20th century. Its peak is called Megas Soros and it is 1628m. tall. Most of the mountain is covered with Greek fir (Abies Cephallonica), which grows only here and black pine (Pinus nigra). Pine forests are found between the elevations of 700 to 1200 m. Venetians called it “Elatovouni” (“fir mountain”) or “Mavrovouni” (“black mountain”) because of the dark green color of the firs.
The park is an ideal destination for hikers, especially on its east side, which is more savage, while, in the north, there are beautiful caves. The flora is rich of indangered species like endemic varieties of orchids and the fauna includes rapaces, reptiles, little mammals, like foxes and the wild horses, the most famous of the endangered species on the island.On clear days, from here you can see the northwestern Peloponnese and Etolia along with the islands of Zante (Zakynthos), Lefkada and Ithaca.

Poros canyon/gorge: Poros canyon is one of the most beautiful geomorphological phenomena and natural scenes in Kefalonia. Its depth is up to 80m. and has sharp, nearly vertical sides. According to the legend, the gorge was formed when Hercules crossed the island cutting the earth with his angry step.

Robola zone: It is the place on the slopes of mount Ainos, where grape growers cultivate vineyards with restricted yields per hectare. It is located in the centre of Kefalonia, near Omala village. Robola is grown almost exclusively on the Ionian Islands, primarily on the island of Kefalonia. Robola of Kefalonia is a designated wine district and all of the wine labeled as Robola must, by Greek wine law, come from Kefalonia. Here, you will also find the Kefalonian Robola Wine Cooperation.