On the slopes of Guasco hill, where Ancona supreme Dome stands up (with its supremacy), you can find out the as elegant as majestic Ferretti Palace, also known as “San Pellegrino” because of its vicinity of the St. Pellegrino agli Scalzi Church. Since 1958, it is over there that you can meet Marche Region’s National Archeological Museum.
Earl Angelo di Girolamo Ferretti ordered the construction of the building between 1540 and 1543; over XVI century he and made it tangible emblem of the politic importance, of the social prestige and of the economic power of the family Ferretti.

In 1759, thanks to the intervention of the architect Luigi Vanvitelli (the same one who projected monument with its name – Mole Vanvitelliana or Lazzaretto), the palace was enlarged by the construction of a wing near St Pellegrini agli Scalzi Church. During those works were created the balcony, the hanging terrace, the elegant and lighting main staircase with arcade, the overlooking lodges: everything enriched by the presence of statues and busts produced by the studio of Gioacchino Varlè (1731 – 1806).

In the late XVIII century and at the beginning XIX century Earl Liverotto Ferretti (1750 – 1815) ordered the remaining painting interventions in the rooms of the first floor. Unfortunately, overrunning the years, Ferretti Palace bore several restoration interventions. On the close period 1928-1931 architect Tornaghi from Milan was charged to remedy to the situation of uncontrolled restorations and early decline the structure was bearing.
Then the palace bore further works for restoration either over ’50 years – after heavy bombing Ancona bore – and over the decade 1970-1980 – after the big earthquake by which Ancona was hit in 1972.

Since 1958 Ferretti Palace has become the centre of Marche Region Archeological National Museum (also MANM). It represents a concrete historical-archeological synthesis running by ancient Prehistory until the threshold of the diffusion of roman culture. We have to dedicate an apart chapter to Piceni Civilization that is present in the museum with an as much rich as prestigious collection.

In 1906 by royal decree, the museum becomes National and the centre is transferred in the ex Convento degli Scalzi (Monastery of the bare foots). As the monastery was filled with archeological evidences, it was necessary a further move to the monastery of St. Francesco alle Scale (St Francesco at the staircases monastery).

On October the 9th 1927, in the presence of King Vittorio Emanuele III, the museum was opened to public again and in 1932 was completed the foundation of the prehistoric section. Unfortunately during second world war also the museum bore huge damages, and in 1958 ,thanks to the laborious and diligent work of Annibaldi, the museum opened again to public in the actual centre of Ferretti Palace (belonging to ‘500 period).

Despite the damages bore when the earthquake hit Ancona in 1972, once more in 1988 it was re-opened giving further impulse to this important museum by the creation in 1995 of the Eneolithic section and in 1997 of the Bronze Age section.

We briefly want to remind you that inside the museum you can admire the evidences of periods such as Paleolithic, Neolithic, Eneolithic, Bronze Age, Piceni and Gaul Senoni civilizations.
Your tour may be extended by visiting the recently discovered ruins standing in front of Ferretti Palace, Roman Amphitheatre ruins dominating the hill of the museum in Birarelli Str. (ancient prison of Ancona) and the rests found during the diggings for the modern underground car parking located in Stamira Sq. 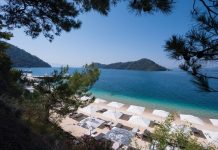 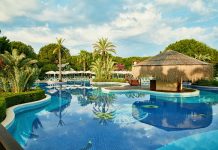