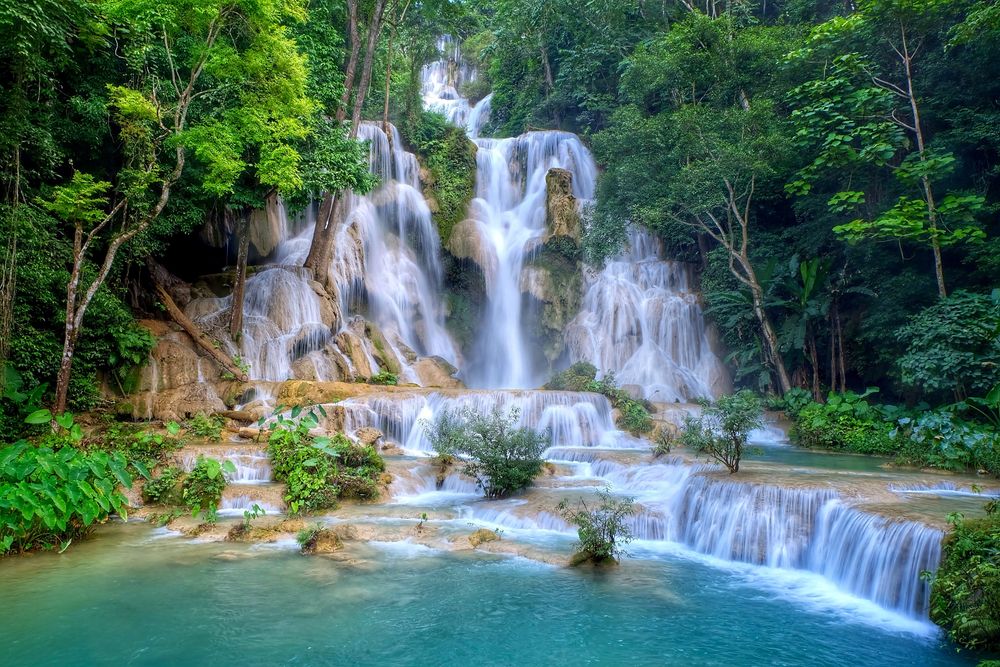 Also known as the land of a million of elephants, Laos is located in the South East Asia near Vietnam and Cambodia . Laos is a slow-moving but exceptionally beautiful country with out of the world charm. The country is deeply influenced by the Thai and Chinese cultures because of its close relations historically and culturally. Laos is a landlocked country with an area of 236,600 sq. km. with two-third of the country being just mountains and jungles. Major centers of attraction in Laos are Vientiane , Luang Prabang, Pakse, and Xieng Khouang.

Laotian literature is not constricted to religious texts alone. A secular literary tradition has existed side by side, based on the grand themes that form the backbone of the Hindu epic poems. The folk art of Laos include weaving, basket making, wood carving, ivory carving, silver and gold work. There are professional dancers who give theme base performances. For inspiration they have to fall back on the Indian epics once again. The national instrument of Laos , the khaen, dominates Laotian music that is a major aspect of the culture of Laos . A typical Laotian musical band comprise of a singer, the khaen player, violinists and other musicians.

The population of Laos can be distinctively classified into four major ethno-linguistic groups, which include the Lao-Lum, the Lao-Tai, the Lao-Theung and the Lao-Soung. The majority of the Lao population is the follower of Theravada Buddhism. Christianity is followed by the minority, while the Chinese and Vietnamese minorities follow Mahayana Buddhism and Confucianism respectively.

The archaeological sites, monuments, traditional towns and villages in Laos comprise of the physical heritage of the country. They are of inestimable value to the culture of Laos and to its people. There are also a good number of museums that acts as a complement and is a source of interest to the foreigners visiting Laos .

Laos has been under the dominance of its neighboring nations at various points of time in its history. As a consequence, Laos had to surmount many impediments before it could establish its identity as an independent nation. Therefore the history of Laos is bound to be full of interesting twists, turns and power shifts.