Located 75 km east of Trabzon, in the heart of Turkish tea plantations, Rize is a modern city with a beautiful central square. The mountain slopes above the city are planted with tea bushes, the harvest from which is dried, mixed and shipped throughout Turkey. Two tea gardens on the mountain can become a pleasant place to relax and taste a drink from local tea in a giant institution – Qaykur.

The central square with the inevitable monument to Ataturk, with a beautifully restored post office and Sheikh Jami, is located 200 m inland from Saht Yolu. The main streets Cumhuriyet and Ataturk Caddesi stretch to the east of the square, parallel to the shore.

A fragrant, flower-filled tea garden is located next to the Qaykur Tea Factory; a 20-minute walk from the city along the steep main road uphill, which starts behind Sheikhjami. Admire the magnificent views and fresh decoction of tea leaves grown in these parts – a typical entertainment in Riza. The store sells original hemshin tea, etc.

The fortress built by the Genoese on the mountain outside the city – the ancient Kale Rize includes a tea garden with amazing coastal views. Head west from the central square to the Petrol Ofisi gas station, from where signs lead to the castle.

Rize is the last bastion of the Laz, an amorphous community of about 250 thousand people, of whom about 150 thousand still speak the Laz language with Caucasian roots. At each local festival in the Rize region, folklore performances of the Laz, known for their colorful national costumes and lazeburi folk music, take place.

The Laz living in Turkey deny their identification with Georgians. Locals who are not eyes call themselves simply karadenizli – residents of the Black Sea coast, but Turks often use the term lazy to describe everyone who lives east of Samsun.

However, calling someone a manhole is not quite right. The Laz living in Turkey categorically do not accept the classification that confuses them with Georgian tribesmen. Locals who are not eyes position themselves as karadenizli -karadenizli, i.e. residents of the Black Sea coast. Despite this, many Turks use the term laz as a generalizing name for everyone living east of Samsun.

In cities such as Pazar and Ardeshen, where the manholes make up the majority of the population, they just as rigidly distance themselves from other residents of the coast and refute the stereotype of a simple manhole chewing hamsa-fish. In fact, the Laz are the last to laugh – many of the Turkish shipping companies are owned by wealthy Laz clans. Usually their ships are manned by naval crews – don’t be surprised if you hear memories of distant ports from the mouths of some old sailors.

Up the hill behind the tourist office is an Ottoman house decorated in a traditional style, there is a weaving room, a kitchen, antique items, kitchen tools and musical instruments. The old record player reminds that in the XX century the inhabitants of the Ottoman Empire became part of the modern era. Mannequin models demonstrate traditional costumes of Lazovsky Rize and Khemshin costumes from the Aider region. On the ground floor, Baroque and Rococo furniture is on display, next door there is a nice granary and a Tea Museum dedicated to the Qaykur company based in Riza. 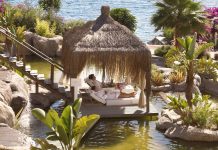 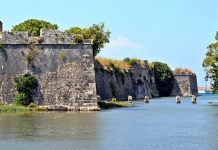