The cities and countryside of Portugal are a harmonious album of the gracious Old World and the New Europe – opening on never-to-be-forgotten pictures of great natural beauty, temperate climate and hospitable people.

Lisbon, a riverfront city of sophistication and charm, is near the Sintra mountains, Estoril beaches, fishing villages and converted castles. The city’s appeal lies in the magnificent vistas from its many belvederes and in the tree-lined avenues and squares decorated with mosaic pavements.

The Alfama is a charming Moorish quarter with narrow, twisting streets that lead from the Tejo (Tagus) river to the 10 towers of Castelo de São Jorge (St. George’s Castle). The castle, originally built by the Moors, affords a prime view of the city.

The Belém section, at the western edge of the city, has three visual delights: the 16th-century Tower of Belém, the point from which Vasco da Gama and other great navigators embarked upon their epic voyages; the late-Gothic-style Jerónimos Monastery; and the Monument to the Discoveries overlooking the broad Tagus.

Day trips can be made to the quaint fishing village of Sesimbra, and to Queluz and Sintra to see their 18th-century palaces. Fifteen miles from the city is the Estoril Coast, a seaside resort area with a glamorous casino.

The Costa Verde, cradle of the Portuguese nation, has been inhabited by Celtic tribes, Romans, Visigoths and Moors. The chief city is Porto, center of port wine and birthplace of Prince Henry the Navigator.

The Silver Coast, which embraces some of the most spectacular scenery in the country, is a region of sleepy villages, rich vineyards, ancient castles and fortresses and fascinating architecture. Points of interest include Coimbra, a 12th-century university town; Fátima, world-famous center for religious pilgrimages; and Nazaré, a fishing village with great beaches and good seafood.

The region is warmed in winter by winds off Africa, and cooled in summer by Atlantic breezes. The predominant architecture is white and Moorish. In February, almond blossoms (the snow of the Algarve) blanket the countryside.

Madeira, 90 minutes by plane from Lisbon, is a semitropical island paradise with fishing villages, coastal cliffs, tiny hamlets cradled in mountain dells, peaks rising more than 2,000 feet and rolling hills that look down on plains blanketed with flowers.

The Azores, nine mid-Atlantic islands 750 miles west of Lisbon, are said by some to be the lost continent of Atlantis. Discovered by the Portuguese in 1427, they are volcanic in origin and rich in foliage and scenery.

Coach Museum, Lisbon. Located in an 18th-century riding academy attached to the royal palace, the exhibits include a Coronation Coach finished in gold leaf with a tortoise-shell inlay floor.

National Museum of Ancient Art, Lisbon. A survey of art from the 12th to the 19th centuries and home to some of Europe’s finest ceramics, silver and tapestries.

Monastery of Jerónimos, Lisbon. A masterpiece of Manueline architecture which was inspired by the discoveries of Vasco da Gama, who is buried here with other great navigators.

Sagres Fortress. On a high and windy headland stands the 17th-century fort, site of Prince Henry’s navigation school in the 15th century. 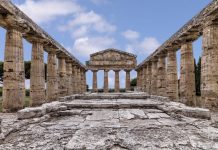 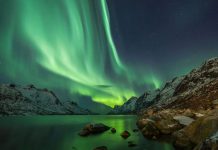