Havana is a unique city, the capital of Cuba, attracting the attention of tourists from different continents. A walk through the historic center of Havana is new discoveries, bright moments, unforgettable emotions. In 1984, Old Havana was included in the UNESCO list as a museum city with all buildings, squares, monuments. The total number of attractions is about one thousand.

The history of Old Havana begins in 1519, with the construction of the large fortress of La Fuerza on its territory. During the next two centuries, the city was built up with luxurious mansions in the neoclassical style, which have survived to this day.

Streets and courtyards of Old Havana

It is possible to describe the view of the streets and buildings standing here as a successful symbiosis of old beautiful mansions, squalid dwellings, and new buildings. Judge for yourself: small courtyards with tall palm trees and beautiful fountains, narrow stone streets with open colonnades, buildings in the colonial Baroque style, Moorish-style residential buildings and new buildings – everything got mixed up, and in general it turned out to be a very fascinating view. Walking along the old streets is both interesting and sometimes dangerous, especially in the dark.

But to feel the real atmosphere of Old Havana, you should definitely take a walk through the old quarters: it is best not alone, but with a local guide. It is worth noting that this area is quite large, and it will take more than one day to get around it.

As a rule, the traditional type of buildings in Old Havana is a patio with a fountain or sculpture, a mezzanine with a balcony. There are many magnificent old buildings and structures on every street of Old Havana.

For example, going into an old pharmacy, you can see a century-old cash register, and in small souvenir shops the floor is lined with ancient marble mosaics.

It is best to describe the sights of Old Havana by moving from the water side. The first thing you will see is the huge Malecon embankment, one of the largest and brightest in the world. Further into the city goes the Prado Boulevard, from which there is a beautiful building of the presidential Palace, the Grand Theater of Havana and the Renaissance-style Capitol (Parliament building).

A famous historical monument is the cathedral on Cienaga Square (one of the best examples of colonial Baroque), next to which is the central Plaza de Armas. On the other side of the Prado Boulevard are: The ancient Iglesia de Nuestra Church, Revolution Square with a monument to Jose Marti (founder of the Cuban Revolution), the Colon Cemetery with beautiful sculptures. It is at the top of the memorial that the highest observation deck of the capital is located: 139 m above sea level.

A separate point may be a visit to the small chapel “El Templete” of the 19th century in the neoclassical style and the oldest church of San Francisco del Habana, 1608.

But the main historical fortifications that have survived so far are:

An extraordinary feature of Old Havana is the ancient cannon barrels, which are used as fences from the arrival of cars.

Your walk around Old Havana is best done on foot, but you can take a ride by car, especially if you rent a Volga or a Ford from the 50s of the twentieth century. 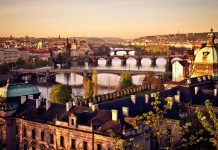 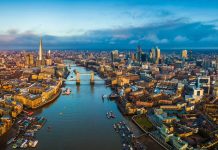