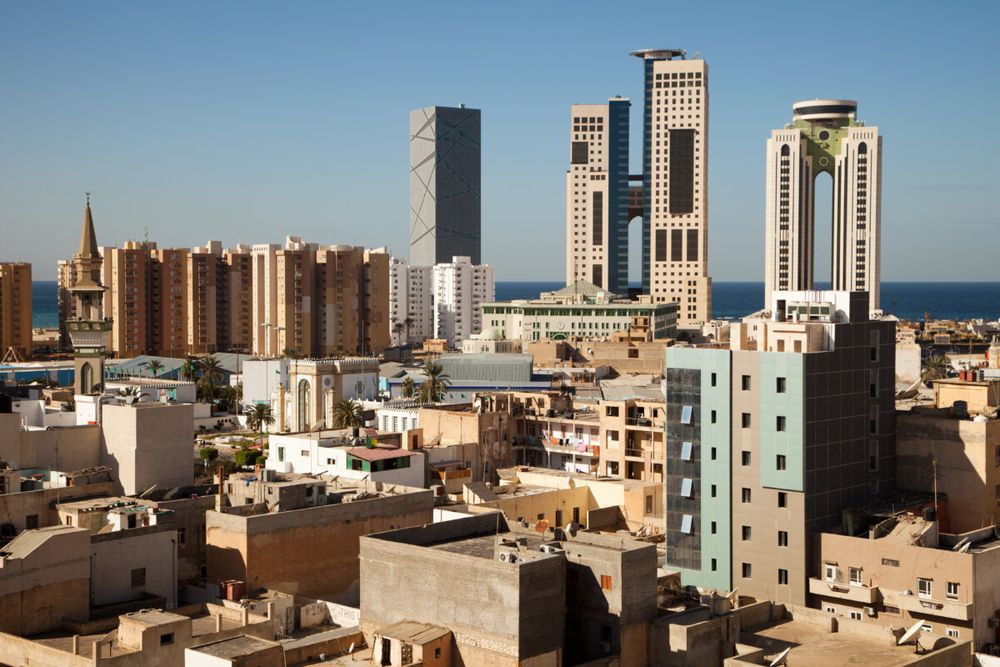 Warm sun, warm hearts. A great country with a great history, a country of breathtaking beauty. High mountain chains are just one of the beauties of its fabulous landscape with green fields and sun-drenched Mediterranean beaches. The desert, watered by magnificent oasis, extends far into Africa .

Libya’ s strategic, geographical position and profound history make it a vital link between the eastern and western parts of the Arab world, and between Europe and Africa .

The country has known its ups and downs, but the historical monuments are a testimony of the great Libyan civilization of old. Look at the engravings of the AKAKUS mountains, the drawings in the MATCHANDOUSH caves. The cities of JARMA, ZAKAKRA, and SABHA’in the south, and the historical city of GHIRZA in the centre. Libya , the fourth largest state in Africa , is located in North Africa and lies between latitudes 33°N and approximately 20°N and longitudes 8°E and 25°E. It possesses a Mediterranean coastline of approximately 1820 Km in length. It is bordered by Egypt to the east, Sudan to the south-east, Chad and Niger to the south with Algeria and Tunisia to the west and north-west respectively. Libya has an area of approximately 1,775,500 sq. km, 3 times the surface area of France , the capital city being Tarabulus ( Tripoli ).

Libya is a cultural and geographic bridge firstly between Egypt and the Arabian lands to the East, the mashreq and the territory of the Arab W, the maghreb. Secondly, Libya acts as a link between the Mediterranean/Europe and Saharan Africa. The Arabic spoken in Libya is generally different from the French-influenced Arabic of the Maghreb with its quite separate accent and dialect from the Arabic of the Nile valley.

Due to the lack of natural barriers, the climate is greatly influenced by the desert to the south and the Mediterranean Sea to the north. The coastal regions have a Mediterranean climate with moderate temperatures and enough rain during the winter months for grain farming. In Tripoli average temperatures are 30 deg C in summer and 8 deg C in winter; annual precipitation averages 380 mm and falls mainly in winter. The mountains of the Jabal Al-Akhdar attract considerably more reliable rainfall in winter and early spring, while in summer the heights are cooler than the surrounding plains.

Libya has a small population in a large land area. Population density is about 50 persons per sq. km. in the two northern regions of Tripolitania and Cyrenaica , but falls to less than one person per sq. km. elsewhere. Ninety percent of the people live in less than 10% of the area, primarily along the coast. More than half the population is urban, mostly concentrated in the two largest cities, Tripoli and Benghazi . Fifty percent of the population is estimated to be under age 15.

Native Libyans are primarily a mixture of Arabs and Berbers. Small Tebou and Touareg tribal groups in southern Libya are nomadic or semi-nomadic. Among foreign residents, the largest groups are citizens of other African nations, including North Africans (primarily Egyptians and Tunisians), West Africans and Sub-Saharan Africans.