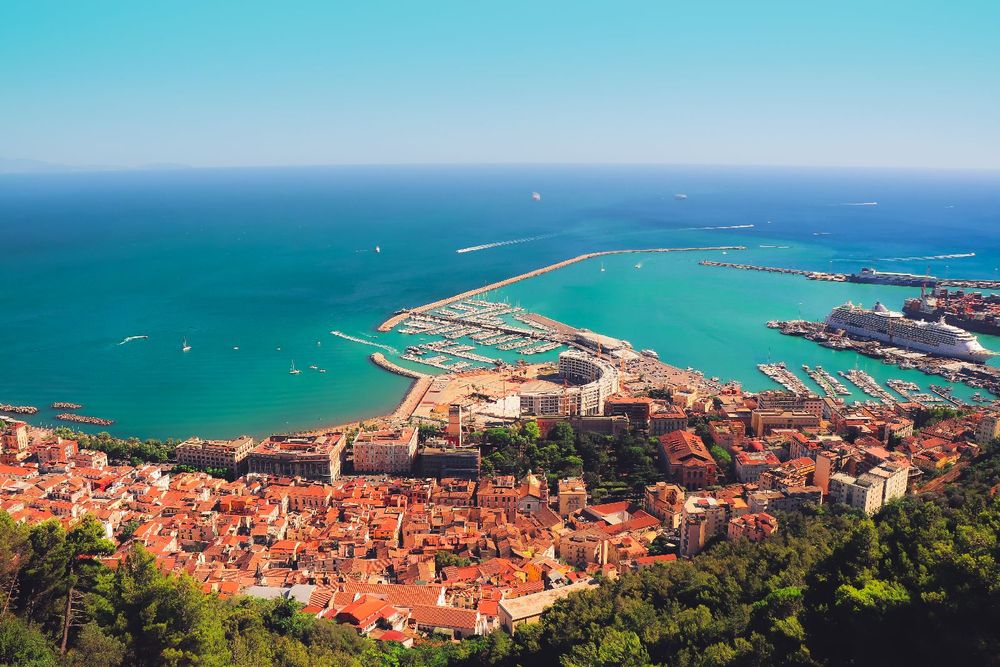 The town ancient Italian capitals, Turin (from 1861 to 1865) and Salerno (from 10th February to 15th July 1944), have established a bright artistic twinning becoming the towns of art and lights. Nights have become magic thanks to the wonderful lights that decorate the towns. They emphasize the beauty of monuments, buildings, and churches; they give a new charm to shopping; they create a magic atmosphere made of cheerfulness and enthusiasm.

Lights in Salerno and Turin are real masterpieces: works of art set up in the most charming and picturesque corners of the two towns, from 8th November to 31st January in Salerno and from 6th November to 13th January in Turin. The atmosphere is unique: towns seem different; lights convey cheerfulness, warmth, and enthusiasm. Palaces and houses have now a new aspect thanks to the new chromatic effects created by lights. Streets and squares acquire a new charm that involves inhabitants and makes them feel like living in a new and more beautiful town. Tourists are enchanted; they feel to enter a real crib. They are attracted by these lights that also give more importance to monuments, palaces and churches. It is an open-air exhibition that perfectly fits Christmas atmosphere.

In Turin ‘Luci d’Artista’ event include 19 installations that have transformed the town in an open-air gallery. There are the works of art by Mario Airò with “Cosmometrie” in Piazza Castello, Enrica Borghi with “Palle di Neve” in Via Roma, Daniel Buren with “Tappeto Volante” in Piazza Palazzo di Città, Francesco Casorati with “Volo su..” in Via Garibaldi, Nicola De Maria with “Regno dei Fiori…” in Piazza Vittorio, Richi Ferrer with “Lucedotto” in Corso Lecce/Corso Regina Margherita, Carmelo Giammello with “Planetario” in Via Cernaia and Via Pietro Micca, Jeppe Hein with “Illuminate Benches” in Piazza Carignano, Rebecca Horn with “Piccoli Spiriti Blu” at Monte dei Cappuccini, Joseph Kosuth with “Doppio Passaggio” at Murazzi, Luigi Mainolfi with “Luì” in Via Lagrange, Mario Merz with “Il volo dei numeri” at Mole Antonelliana, Mario Molinari with “Concerto di parole” in Giardini Reali, Mimmo Paladino with “Schegge di luce” at Palazzina Fiat in Corso Agnelli, Qingyun Ma with “Neongraphy” at Fondazione Sandretto Re Rebaudengo in Via Modane, Domenico Luca Pannoli with “L’amore non fa rumore” in Via Verdi, Michelangelo Pistoletto with “Amare le differenze” at Porta Palazzo, Jan Vercruysse with “Fontane Luminose” in Piazzetta Reale and Gilberto Zorio with “Luce, fontana, ruota” at Italia ‘61. On the first, third and fifth Saturday of the month, there are guided tours in Italian/French, while on the second and the fourth Saturday they are in Italian/English.

At the same time, many masterpieces are exhibited also in Salerno thanks to the twinning between the two towns. There are the works of art by Vasco Are with “Vele di Natale” in Largo Prato, Luigi Nervo with “Vento solare” in Piazza Flavio Gioia, Giulio Paolini with “Palomar” in Corso Vittorio Emanuele, Luigi Stoisa with “Noi” in Via Diaz and a new work created by Enrica Borghi for Salerno, “Mosaico”, in which the artist Enrica Borghi represents the beauty of the ancient part of Salerno (Via Mercanti – Via Duomo).