The Carpathians are majestic and unique mountains located in the West of Ukraine. It is worth getting acquainted with their ancient history, rich culture and admire the magnificent nature. That is why it is not surprising that tourists going there to rest have a lot of hobbies and interesting activities. In addition, this is one of those regions of our Earth that will not leave even the most seasoned travelers indifferent. Here are the most beautiful places that will be of interest to nature lovers, clean air enriched with oxygen, healing springs.

After visiting Truskavets, you will be able to taste the famous “Naftusya”, and the beautiful it will allow you to stay longer in this paradise, to see the deposit of “mountain wax” (ozokerite) in the Pomyarki tract, where there is a lake formed on the site of former ozokerite developments.

In the Carpathians, it is possible to visit the valley of daffodils, the lake poetically named Synevir (as well as the “Pearl of the Carpathians”, “Sea Eye”), which is the largest lake in these mountains, and the Shipot waterfall. These natural beauties are very popular, as well as Mount Hoverla. This is the highest point of the Carpathians, it attracts the attention of not only nature lovers, but also those who prefer active recreation – such as climbers. Hoverla can be used for climbing for about 7 months (May-November). It should be noted that the conquest of the peaks is not the only occupation for athletes who have come to the Carpathians.

There are a huge number of bases for skiers, among them it is worth noting:

1) Bukovel. A base with a three-level system, 14 lifts and a group of experienced instructors who will always help out.

2) Dragobrat. The base, where there are lifts and 8 trails, which creates optimal conditions for staying on it.

3) Slavskoe. A base with European-level tracks and tracks that beginners can handle. Here tourists can rafting on all the rivers (Old, Prut, Cheremosh and others), hiking or cycling, as well as go hunting and fishing.

For those tourists who prefer passive rest, there are a huge number of dispensaries for treatment and recreation (for example, “Truskavets”, “Svalyava”, “Yaremche”), which are known for their mineral waters, clean air, magnificent landscapes, as well as various local attractions.

It should also be said about tourists traveling to other regions to visit many monuments of cultural heritage, of which there are a huge number in the Carpathians. By the way, any traveler who has come to study historical monuments should not refuse to visit the ancient castles: Nevitsky, “Palanka” in Mukachev, the citadel in Uzhgorod.

“Palanok” is a very ancient architectural monument. Currently, there are no more than 5 such in Europe. The second attraction is also quite a structure of solid age, where today the museum of local lore is located, in which more than 100,000 exhibits are displayed. As for the landmark, which is the first on the list, it was destroyed back in 1664, and only its ruins have survived to our time. But this does not mean that tourists will not find anything remarkable for themselves here. Here you can admire various ancient ruins, high towers, which will surprise even the most sophisticated tourist.

Also, travelers should definitely visit the former residence of the Metropolitans of Bukovina – the Basilian Monastery of St. Onufriy. Actually, such is the whole complex of construction structures here, which is considered the highlight of Chernivtsi. At that time, its construction was a grand event for most residents of the surrounding areas, as well as the city itself. There are several faculties of Chernivtsi National University, which may also be interesting to guests. It should be noted that the monastery with its centuries-old history has experienced quite a lot of shocks: the Polish occupation of 1905, the events of the First and Second World Wars, illegal actions of NKVD officers in the middle of the twentieth century, which led to the deliberate destruction of this cultural monument, and then to its closure. Only in 1992 it was returned to its first owners, and since that time various construction works have been carried out here to reconstruct this monumental structure.

It is also worth remembering that the tourist zones of the Carpathians are widely developing according to European standards. The Carpathians are a true holiday destination for many tourists. They will be able to relax here qualitatively, taking into account the individuality of desires and preferences. 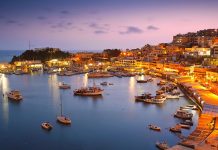 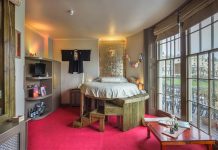 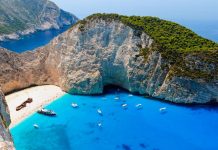 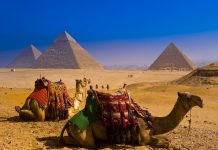