Beautiful places of the world Group of monuments at Pattadakal 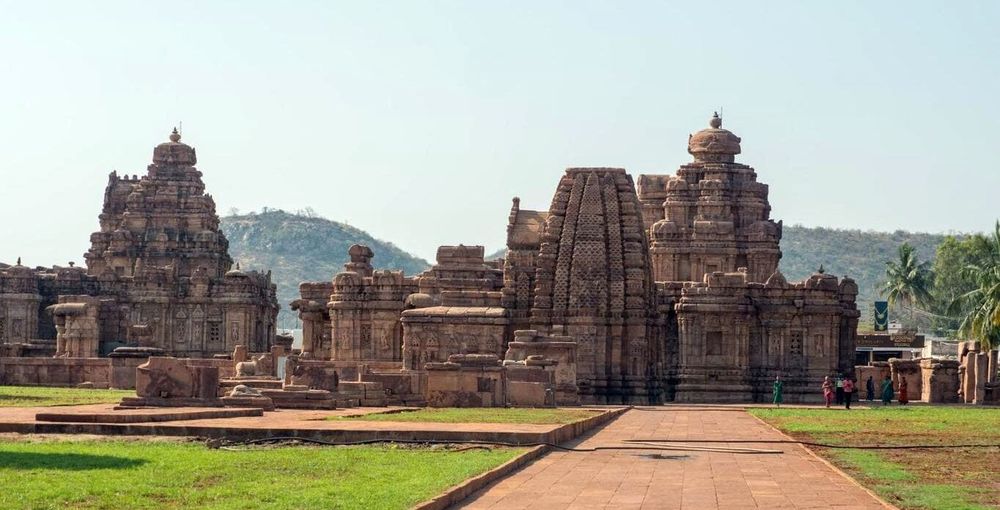 Pattadakal is a small town in Karnataka that is renowned for its ancient temples. It was once the second largest city of the Chalukyas. It is said that the coronation of the Chalukya King was always held here. During the 7th and 8th centuries, the Chalukya rulers built the nine magnificent temples known as the Pattadakal Temples.

These temples are interesting in that they display a rare blend of the South India style or Dravidian style of architecture, and the North Indian or Nagara Style. Four of the temples are built in the Dravidian style, four in Nagara (Indo-Aryan) Style, and the last, the Papanatha temple illustrates a perfect synthesis of both styles. In the 8th century, the Rashtrakutas constructed the Kashivisvanatha Temple which was built in the north Indian style.

The Galganatha temple is famous for its sculpture of Lord Shiva killing the demon Andhakasura. Kadasiddheshvara is another temple that boasts of the Nagara style of Architecture. Owing to its incredible temples, Pattadakal was titled a World Heritage Site by UNESCO in 1987.

What are the architectural features of the Virupaksha and Mallikarjuna temples ?
The Virupaksha temple of Pattadakal reflects the grandeur of the early Chalukyan architecture. This temple was built to commemorate the victory of the Chalukyas over the Pallavas of Kanchipuram. The temple was built by Queen Lokamahadevi, queen of the then ruling King Vikramaditya II. The temple is probably the largest and most sophisticated temple the early Chalukyas ever attempted. The Chalukyas took inspiration from the Kailasanatha temple of Kanchipuram.

The Mallikarjuna temple was built by Queen Lokamahadevi’s sister. She was also the queen of Vikramaditya II, and built for the same purpose to commemorate the victory of Chalukyas over the Pallavas. This magnificent temple is noted for the exquisitely carved figures on its walls, and the massive square pillars in sandstone. It is similar to the Virupaksha Temple, and is comparatively smaller in size. Like the Virupaksha Temple, it too is a tribute to the architectural genius of the Chalukyan Rulers.

Badami
Badami is famous for its cave temples that are located in a red sandstone cliff. It is picturesquely situated at the mouth of the ravine, between two rocky hills. The temples are dedicated to Vishnu and Shiva. Of the four temples, the first three belong to the Vedic faith, and the fourth and natural cave is the only Buddhist temple in Badami.

Aihole
Aihole has around 70 buildings, some of which are truly striking. The hole was the regional capital of the Chalukyas, and the Durga temple there has a round sanctum that suggests the influence of Buddhism.