The Albanian population is approximately 2.88 million inhabitants, with about 113 inhabitants per square meter. The Albanian population is generally young and it is distinguished for its vitality. The most populated parts of the country are the area around the capital Tirana, the port of Durrës and generally in the western lowlands of the country. Albania is a country with a relatively homogeneous population. Minorities represent about 3 percent of the population. The largest one is the Greek minority (located in the southern part of the country, in the provinces of Dropull, Pogon and Vurg). Other minorities include Macedonians, located in the areas of the Great Prespa Lake, as well as Montenegrin, Roma etc. The largest populations are concentrated in the cities of Tirana, Durrës, Elbasan, Shkodra, Vlora, Korça etc. Other cities of tourist importance include Berat, Gjirokastra, Saranda, Kruja and Pogradec.

Albania has a Mediterranean climate with each season offering distinct- yet pleasant weather. Some features of the climate vary by region: The coastal areas have a Central Mediterranean climate with mild, wet winters and hot, dry summers. The alpine areas have a Central Continental climate with cold, snowy winters and temperate summers. The lowlands have mild winters, averaging about 7°C, and summer temperatures average 24°C. Lowland rainfall ranges from 1,000 mm to more than 1,500 mm annually, with greater rainfall in the north. Nearly 95% of rainfall occurs in the winter and rainfall in the upland mountain ranges is heavier. Despite the rain, Albanians enjoy a great deal of sunshine. The overall climate is pleasant and is favorable for outdoor activity. On average, Albanians enjoy a great deal of sunshine, second only to Spain (in Europe) in average annual sunny days.

Since the fall of communism, the development of the Albanian economy has been fueled primarily by the service and construction industries, though tourism has recently played an increasing role in the economy and is growing rapidly. Many people are curious to explore a country whose borders were closed to travel for many years. Given the continued development of both summer and winter resorts, people all over the world have begun to think of Albania as a tourist destination.

There are four official religious beliefs in Albania.
These belong to the Sunni Muslim, Orthodox Christian, Catholic Christian and Bektashi Muslim. Followers of Islam are found throughout the country. Catholics are concentrated mostly in the northern part of the country, the Orthodox in the south and center of the country, and the Bektashi sect of Sufism is found in some specific regions such as Skrapar, Krujë, Elbasan, Mat, Mallakastër, Korçë, etc. Freedom of religion is a right guaranteed by the Albanian Constitution. Besides official religions, it has also followers of other as those of Baha’is, Christian Evangelicals, Jehovah’s Witnesses, etc. Additionally there are also atheists and non-religious people.

Albania became unique in Europe in 1967, when all religious activity was banned by closing down churches, mosques, religious schools and tekkes. For about 23 years, Albania was the only atheist country in the world. In 1990, after a democratic movement, the freedom of religion was restored and churches and mosques were rebuilt, as well as many other religious buildings. Albania has several places of religious pilgrimage. The most important are those in honor of Shna Nues (St. Anthony) on 13 June at the Church of Lac, the pilgrimage of Abas Ali on 19 August in Tomorr Mountain, the one in honor of St. Mary on 15 August in some of the churches across the country, the pilgrimage in honor of Sari Salltik in Kruja and others.

The following are also public holidays that do not occur on the same date every year: 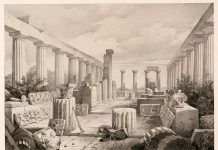