The name of the Picture Rocks Park was given thanks to the colorful spotted sandstone rocks spread along the coast for 24 km to the northeast of the city of Munising.

The height of the rocks reaches up to 60 meters above the lake level. Various caves, arches, castle towers are naturally formed in these rocks, you can even see various images in them, among which there will even be human profiles.

This area stretches for 67 km along the coast between the cities of Munising and Grand Marais and covers 296 sq. km. Near Munising, tourists can see the beautiful places of Grand Island, some of which are included in the National Recreation Area.

In 1966, the US Congress designated Picched Rocks a protected lake area and the name of the reserve became Pictured Rocks National Lakeshore, and the National Park Service (NPS) is responsible for the prosperity of the reserve.

The rocks are a composition of the Munising Formation, which appeared 500 million years ago, during the Cambrian sandstones. The formation is located on top of the Precambrian Jacobsville Red Formation, the oldest formation in the park.

The young Au Train Formation of the Ordovician period is located in the upper part of the Munising Formation.
Such unusual colors of lake rocks are obtained due to the content of a large number of different minerals and metals in them. So, red inclusions are obtained due to iron, black and white shades due to manganese, and yellow-brown – copper, etc. Also on the rocks you can see stripes of red, yellow or red color, they arose due to the action of underwater waters that flow out of the walls of these rocks, seeping through the sandstone.

The Picched Rocks Park of Michigan is saturated with numerous and different-looking waterfalls, among them the 15-meter Munising Falls, which collapses over a sandstone cliff, the same-sized Miners Falls, Bridalveil Falls, which gains strength during the rainy season and snowmelt, and in on hot summer days it practically dries up, you can also look at the beautiful Mosquito Falls waterfall with a height of 2.4 meters, river otters and beavers meet here, it is also worth visiting the Spray Falls waterfall, which falls 23 m above several cliffs of sand formations and Chapel Falls with clear mountain waters and cascades extending for 18 meters.

Every year the national Park of Pictured Rocks National Lakeshore is becoming more and more popular among tourist destinations, so in 2015 there was a 37 percent increase in visitors than in the previous year, this is over 720,000 people. Communities located near Lake Superior National Lake are making every effort to cope with the wave of tourists, as such a rapid increase in attendance has even caused some problems with parking, lack of toilets and hotel rooms. 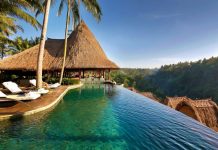 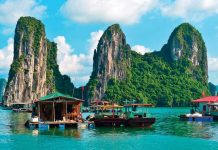