The Lahemaa National Park was created in 1971 to protect the characteristic North-Estonian landscapes and the national heritage of the area, and to preserve harmonious relations between man and nature. This was the first national park in the Soviet Union. Originally the area of the national park was about 440 km², but later the territory was expanded towards the south. Now its area extends over 725 km², 474 km² lies on land, 251 km² is the sea.

The present-day borders of the national park extend much farther than the original Lahemaa area, including a part of the Nort-Estonian limestone plateau and the northernmost area of Kõrvemaa. About 70% of the territory is covered with forests, with the coastal plain and Kõrvemaa being the most forested. Inhabitation is denser on limestone plateaus and on the coast. The Harju and Viru plateaus are the areas of the oldest permanently settled areas in Estonia and, thus, they are good examples of cultivated landscapes, clearly contrasting with those areas of the national park that are forested and rich in mires. A well-pronounced natural boundary between the plateaus and the coastal plain is the North-Estonian Klint, made more picturesque by several waterfall escarpments (Nõmmeveski on the Valgejõgi River, Joaveski on the Loobu River, and Vasaristi on the Vasaristi stream.)

The peninsulas of North Estonia and the bays between them, as well as the off-shore islands, are orientated from northwest to southeast. Regular alteration of elevations and depressions of the same orientation can also be noticed on the bottom relief of the Gulf of Finland. The northwest to southeast orientation of relief forms vividly reflects the direction of the movement of the glaciers during the last deglaciation.

The coastal plain is rich in peninsulas and bays. In south, it is bordered with the North-Estonian Klint, which is mostly covered with Quaternary sediments within the boundaries of Lahemaa, and can be seen only as a relatively gentle slope. The exceptions are the cliffs of Tsitre and Muuksi in the western part of Lahemaa, and bedrock outcrops in the valleys of the Valgejõgi and Loobu Rivers, where these rivers fall over the cliff. Although the Klint does not outcrop much, its highest bank can still be seen just inside of Lahemaa: it rises 67 meters above sea level at Vihula. At the foot of the Klint there are large gravel and sand terraces, deposited here by the flowing glacial streams. The best-known of such terraces is located between Koljaku and Oandu. It is a sandy plain covered with pine forest. A very peculiar striped landscape has developed in the Hara bog on the neck of the Juminda Peninsula, where the belts of open or wooded raised bogs alternate with numerous shore ridges. The edge of the Klint is characterised by limestone plateaus with thin Quaternary cover, called alvars. The most remarkable alvars can be found in the vicinity of the villages of Muuksi, Võhma, Sagadi and Vihula, where there are numerous piles of stones gathered from the fields during centuries, cult stones, ancient fields and strongholds on alvar grasslands, indicating the existence of ancient inhabitation and agriculture.

The southern part of the national park extends into the large forests and mires of Kõrvemaa. This area is an extensive limnoglacial plain, formed at the end of the last glaciation in a large ice-dammed lake. This area consists mostly of sand and varved clay, and has been paludified to a great extent. Besides large mire areas, systems of marginal formations, which are of very complex structure, are also characteristic here. Of the latter, the best-known are the Tapa–Pikassaare, Ohepalu–Viitna and Pühamäe–Kemba esker ridges, which alternate with kame fields and sandy areas (fluvioglacial deltas.)

A number of nature study paths and cultural history paths have been designed to acquaint the general public with the beautiful and variegated landscapes of Lahemaa. The landscapes of the coastal plain can be viewed using the Käsmu and Majakivi nature study paths. The Altja nature study path gives a good overview of the coastal villages and their surroundings. The only open-air geology museum in Estonia is also located near the village of Altja. The museum exhibits different types of rocks that can be found in Estonia in the form of erratic boulders. The Muuksi and Palmse nature study paths cross the agricultural landscapes, where there are many landmarks of Estonia’s ancient history and the rich cultural heritage of the Baltic Germans. The ecosystems of North-Estonian mires can be viewed by walking the boarded walkway through the Viru raised bog. 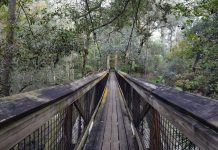 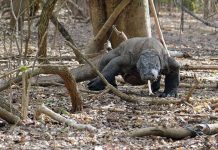 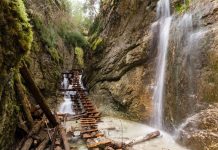 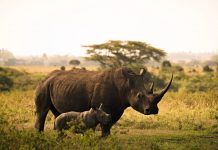 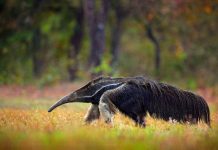 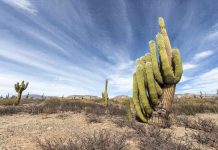