Whether the idea of visiting Croatia began with a love of Game of Thrones or by stumbling across photo after photo of the breathtaking, island-studded Adriatic coast, the Balkans have become a regularly featured region to counter traditional European destinations. Croatia’s surrounding neighbors and their cities like Kotor Bay in Montenegro and Mostar in Bosnia have also garnered the attention of travelers. While the entire region is beautiful and culturally rich, it’s about time for Albania’s turn in the spotlight. Apart from their historical influence on Albania, there are plenty of reasons this country’s coast has become a vacation spot for Italians, but we’ll start with these four:

From fresh fish and seafood to incredible beaches that spill into the Ionian Sea, the southern coast is very similar to and can rival Greece. Cities such as Sarandë, Dhërmi and Ksamil, which is located within Burtint National Park, remain among the most popular beach cities. Ksamil, however, is easiest to reach thanks to a nearby airport and ferry from the Greek island of Corfu.

For a day out of the sun, travelers should also spend time visiting culturally-significant sights in southern Albania. One such sight is Butrint, an ancient Greek and later Roman city that overlooks Corfu. Further inland, Gijrokaster, a UNESCO World Heritage City, is another culturally-rich sight to see. Known for its preservation of Ottoman-style architecture, a visit to the city and its castle is like stepping back in time. Tour Skënduli house, which is lesser-known but one of the oldest and best-preserved traditional homes in the city, with the logistical help of Adventure and Fun Albania.

Albania is a small yet diverse country located near the “magic” 45th parallel. This means the country can grow a huge range of crops like chestnuts, sage, pomegranates, cherries, plums, grapes and so much more. Starting in the north among the Accursed Mountains, or the Albanian Alps, the country seemingly unfurls and rolls out to the sea. Central Albania consists of plains before smaller mountains and valleys rise and fall into the shockingly blue Ionian Sea.

Besides a scenic drive, this means one more thing for visitors: the ability to deeply experience the culture from one village to the next. Thanks to the ever-shifting landscapes, there are quite a few microclimates within the country allowing the predominant crop in one region of villages to be vastly different from another. Shifting the types of food that are available results in many variations on traditional dishes and the types of food travelers can try across the country. Visit Devin Farm to learn to make nettle pie and Shega Farm to try the various terroirs of pomegranate juice in the north or sample stuffed grape leaves and fresh fish in the south.

Between 1809 and 1810, British poet Lord Byron set out on a two-year tour of Europe, during which he traversed the southern valleys of Albania where he was captivated by the rich culture and costumes (which also vary from region to region within the country). Today the traditional culture lives on, but recent history and modern culture are well worth exploring during a trip to Albania as well.

Introduced to communism by Mussolini, who annexed Albania in 1939, the Balkan state remained under communism until 1985 when Enver Hoxha died. Paranoia and pressure from his rival in former Yugoslavia, Tito, pushed Hoxha to build more than 170,000 concrete nuclear bunkers all across Albania-nearly six bunkers per half square mile. With this period of history long passed, the bunkers are slowly being turned into shops, cafés and even hotel rooms, though some are now museums in Tirana, the country’s capital.

As the country has progressed from the communist era, modern culture has taken shape to celebrates the past while embracing the present. For example, the reinvention of the Toptani Castle in Tirana is a melding of old and new. The remains of the fortress built in the late 18th century recently became the foundation for a new outdoor center filled with shops that sell Albanian products and restaurants that use local and regional ingredients. Visit Luga e Argjendtë for lunch and stop by Edua to shop.

International travel has steadily increased over the years-and overtourism with it. That’s why traveling beyond the highlight reel of Europe is introducing a return to authentic travel. Moving into less-charted, yet very safe territory means that travelers find real experiences rather than a caricature of a city-and sometimes an inaccurate caricature at that.

From the north to the south, village guesthouse stays are some of the most authentic experiences travelers can have in Albania. Suited for adventurers hiking in the north or culturally-minded guests in the south, guesthouses are essentially Balkan Airbnb stays and experiences combined into one. Visitors can stay in a private room or separate house, learn to cook traditional foods, play traditional games and listen to folk music. Meals are feasts consisting of fruits, vegetables, dairy and more from the farm. Homemade cheese and jams, as well as traditional dishes like burek, stuffed grape leaves and baklava, are only the beginning. When visiting Rruga e Mullirit Farm, try the welcome drink typically served in the north, which is an aromatic rosewater concoction. 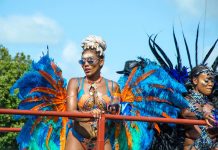 The Lenca Trail: A Route Through History and Tradition